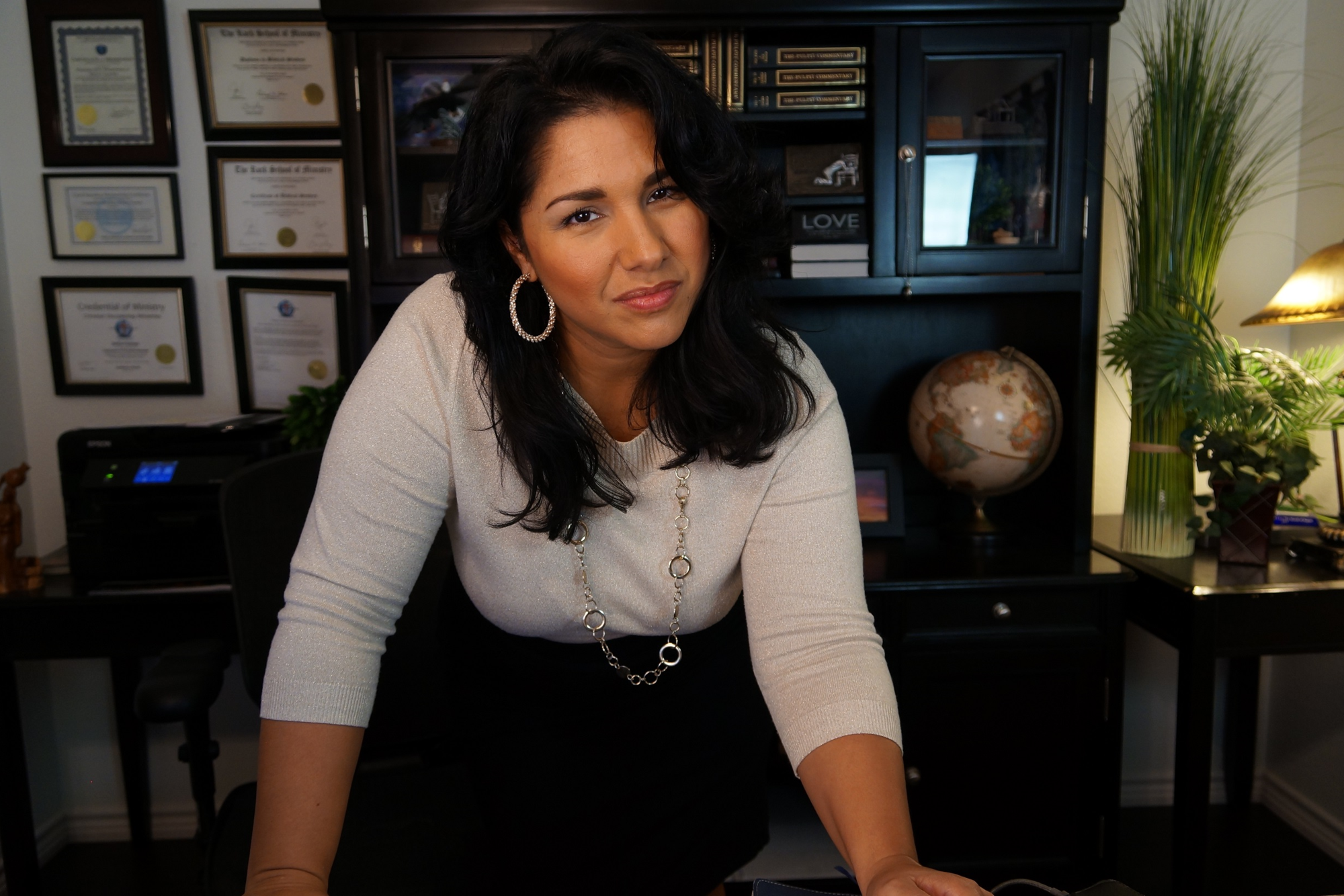 Anita Martir Rivera is a full-time Evangelist, Founder and President of EMOAF Church and Open Your Eyes People broadcast.
Anita Martir Rivera was born on March 8, 1978 in Boston, Massachusetts and grew up in Cleveland, Ohio.
Growing up without her father and suffering years of physical, verbal and emotional abuse from her mother, Anita struggled to be an acceptable daughter and a good student in school but years of abuse took their toll and showed in the constant failing grades she would get.
She finally found what she exceled at as she earned high remarks as an AFJROTC cadet. With promises of going to the military and being accepted in the Air Force Academy that dream was ripped from her as she was forced to drop out of high school and was eventually renounced from her family being kicked out with just the clothes on her back.
Evangelist Anita Bio
CLICK HERE FOR PURPOSE AND MISSION OF THIS MINISTRY

The Love of God:
LOVE NEVER FAILS 1 Corinthians 13:8
Desperate to move on and prove her worth she made her trek to California to pursue a career in modeling and acting. The anger and hurt that defined Anita led her to become involved in a lifestyle of debaucheries opening a door to the devil she did not see coming.
Prior to becoming born again she was in severe, tormenting bondage of harassing demons and spirits of fear that crippled her for 7 years.
After fully surrendering her life to Jesus Christ and becoming born again in March 2005 Anita received the gift of the baptism of the Holy Spirit six months later. That same year Anita became a registered student at The Rock School of Ministry Bible College and after 2 years graduated 3rd in her class in 2007.
The Holy Spirit's work in Anita's life quickly became evident as God separated her for His personal consecration and sanctification process. Relying on preaching, teachings and scriptures directly inspired and led by the Holy Spirit Anita started to see years of deeply entrenched bondages, curses and mindsets broken and replaced with the Truth of God's word.
In March 2010 Anita started her full-time ministry first preaching on the streets of Southern California. Soon after she started EMOAF Church and started preaching on-line and in 2012 began Open Your Eyes People weekly broadcasts. In 2015 Anita started EMOAF School of Ministry to help further disciple souls with registrants from all over the globe.
For over 11+ years God has used her and her ministry to faithfully deliver His Word to over 190 nations and to over 33 million of people around the globe.
Evangelist Anita has six beautiful children including one in heaven.
To contact Evangelist Anita Martir Rivera directly
email: [email protected]
“The Day of the Lord is at hand...”
Evangelistic Ministries of Anita Martir Rivera