1
Is Your Name Written in the Lambs Book of Life? 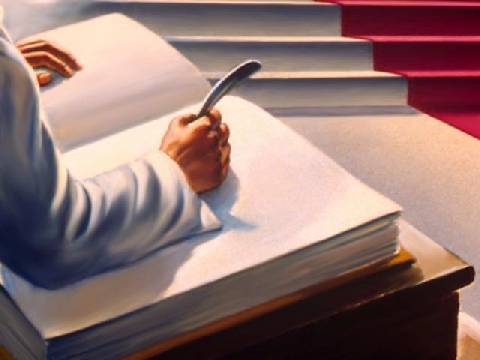 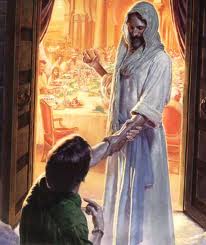 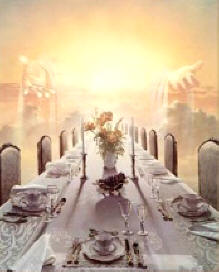 Revelation 3:5
He who overcomes shall be clothed in white garments, and I will not blot out his name from the Book of Life; but I will confess his name before My Father and before His angels.
.
The Parable of the Wedding Feast
And Jesus answered and spoke to them again by parables and said:  “The kingdom of heaven is like a certain king who arranged a marriage for his son, and sent out his servants to call those who were invited to the wedding; and they were not willing to come. Again, he sent out other servants, saying, ‘Tell those who are invited, “See, I have prepared my dinner; my oxen and fatted cattle are killed, and all things are ready. Come to the wedding.”’ But they made light of it and went their ways, one to his own farm, another to his business. And the rest seized his servants, treated them spitefully, and killed them. But when the king heard about it, he was furious. And he sent out his armies, destroyed those murderers, and burned up their city. Then he said to his servants, ‘The wedding is ready, but those who were invited were not worthy. Therefore go into the highways, and as many as you find, invite to the wedding.’ So those servants went out into the highways and gathered together all whom they found, both bad and good. And the wedding hall was filled with guests.
“But when the king came in to see the guests, he saw a man there who did not have on a wedding garment. So he said to him, ‘Friend, how did you come in here without a wedding garment?’ And he was speechless. Then the king said to the servants, ‘Bind him hand and foot, take him away, and cast him into outer darkness; there will be weeping and gnashing of teeth.’
“For many are called, but few are chosen.”
Revelation 19:9
Then he said to me, “Write: ‘Blessed are those who are called to the marriage supper of the Lamb!’” And he said to me, “These are the true sayings of God.”
Let's cut to the chase. Your name MUST be written in the Lambs Book of Life for the following reasons:
All who dwell on the earth will worship him, whose names have not been written in the Book of Life of the Lamb slain from the foundation of the world - Revelation 13:8
The beast that you saw was, and is not, and will ascend out of the bottomless pit and go to perdition. And those who dwell on the earth will marvel, whose names are not written in the Book of Life from the foundation of the world, when they see the beast that was, and is not, and yet is. - Revelation 17:8
The Great White Throne Judgment
Then I saw a great white throne and Him who sat on it, from whose face the earth and the heaven fled away. And there was found no place for them. And I saw the dead, small and great, standing before God, and books were opened. And another book was opened, which is the Book of Life. And the dead were judged according to their works, by the things which were written in the books. The sea gave up the dead who were in it, and Death and Hades delivered up the dead who were in them. And they were judged, each one according to his works. Then Death and Hades were cast into the lake of fire. This is the second death. And anyone not found written in the Book of Life was cast into the lake of fire.
If Your Name is NOT YET Written in the Lamb's Book of Life or if your not sure then let's be sure. How do you get your name in that Book? Just accept Jesus' invitation for you to be Born Again. It's that simple. You cannot pay your way in the Book, nor can you be a 'good enough' person to have your name in the Book. You can't even be bad enough to not get your name in that Book. It doesn't matter who you are, where your from, what you did or how old you are. It doesn't matter if your rich or poor, a man, woman or child, if your black, white or yellow, gay or straight, or if you worshipped another god or followed a different religion. All that matters is you receive the invitation to be Born Again. To receive the Invitation means you are fully surrendering your life to Jesus Christ.
Come, I will help you come before God Almighty and His Son Jesus Christ. Let's get your name Written in the Lambs Book of Life:
How Do I Get My Name Written in the Lambs Book of Life?

Jesus,
I am accepting Your invitation of being Born Again so my name can be written in the Lamb's Book of Life. I surrender my life to You, the good, bad and ugly. My past, present and future in exchange for the Life You have for me. Jesus, Baptize me in the Holy Spirit & Fire. Deliver & heal me where I need it. Thank You that You will now let me know that I am Protected, Loved and Blessed by You from this time forward and forever more. Thank You for leading me from this time on. In Jesus name, Amen.
If you have just accepted the invitation  for the very first time in your life or came back to Jesus after leaving Him and prayed the prayer with me I would be honored to welcome you as my new brother or sister in Christ Jesus. Email me and I will send you out a Welcome Packet!

Praise Jesus! I  will see you at the Marriage Supper of the Lamb!